Score up to 10 SNPs in a single reaction by Primer Extension, or discover previously unknown alleles, on the GenomeLab™ GeXP

We give you some choices when it comes to SNPs

Single nucleotide polymorphisms (SNPs) are major contributors to genetic variation, comprising approximately 80% of all known polymorphisms, and their density in the human genome is estimated to be on average 1 per 1000 base pairs. Although SNPs are mostly biallelic (less informative than short tandem repeats (STR), they are more frequent and mutationally stable, making them suitable for association studies in which linkage disequilibrium (LD) between markers and an unknown variant is used to map disease-causing mutations.

The GeXP System allows simultaneous analysis of SNPs at multiple sites of a template (or different templates). The GenomeLab™ SNPStart Primer Extension Kit is based on single base primer extension technology, a gold standard in the industry. Validated and optimized to multiplex up to 10 SNPs in a single reaction, the SNPStart Kit is ideal for low-t0-medium throughput applications. SNP genotypes are summarized and reported by the GeXP system's Fragment Analysis software through automated SNP locus tag assignments. 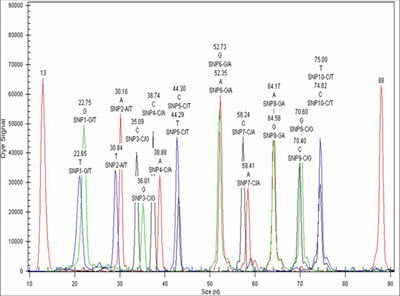 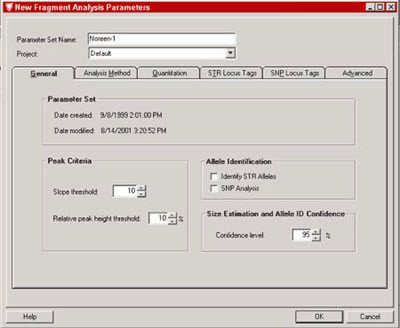 All parameters associated with the results are at your fingertips, allowing data to be reviewed with ease. Electropherograms may be further stacked and overlaid to facilitate data comparison.

Alleles may be identified by size or a combination of size and color allowing SNPs to be identified from the same simplified set up.

DNA sequencing is the primary method available to discover previously unknown alleles. The GeXP Genetic Analysis System provides an efficient and robust DNA sequencing protocol using dye-terminator cycle sequencing. The sequences of the unknown samples are aligned with the reference sequence and the loci with SNPs are identified. 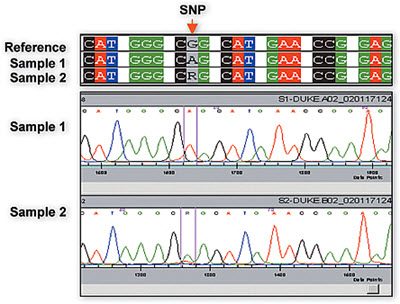 For every researcher there is an ideal analytical technology—one that helps you achieve your goals. Let us demonstrate how we can help you, request sample analysis now.

The Destination for All Your Support Needs